The aim of the Committee is the protection of legal, economic, social, political and other rights of entrepreneurs and other common interests of its members. The Committee activity is directed at the consolidation of Lviv businessmen, promotion of principles of free market economy, democracy, rule of law, development of entrepreneurship as a leading driving force of stable positive development of society in Ukraine.

The Committee acts under the principles of democracy, equality of members, legitimacy, self-financing, self-management, and publicity. The Committee has no subordination and is fully independent in the realization of its tasks and goals.

The main tasks of the Committee are as follows:
- involvement of entrepreneurs in the preparation and approval of decisions that concern entrepreneurial activity at the central and local levels;
- formation of clear unified rules of relationships between executive authorities, controlling authorities and business;
- development and implementation of proposals aimed at the elimination of administrative barriers in the procedure of registration and liquidation of subjects of entrepreneurship, obtaining of licenses, etc.;
- support of local entrepreneurship, especially small and medium business;
- support of national manufacturers;
- creation of conditions for effective elimination of unemployment, creation of new workplaces;
- consultation on legislative issues;
- increase of qualification level of companies management; creation and support of educational establishments;
- participation in state and regional socio-economic, investment, ecological and other programs;
- dissemination and implementation of advanced experience of local entrepreneurs in the region and in the state in general;
- organization and conduct of scientific researches in the sphere of economy and business; study and implementation of the best world experience and dissemination of advanced knowledge;
- development of effective business standards;
- creation of information data bank on the issues of economy and business, etc.

The Committee realizes its goals through the conduction of various specialized seminars, conferences, round tables and other events for local businesses; broad information activity as regards current economic, political and legislative developments in the region and in Ukraine; submission of proposals as to legislation changes to the state authorities; conduction of social researches; by taking active part in political, public and social life of the region, etc.

The Committee is a co-developer of the Regional programs of small business development in Lviv region. The proposed measures are aimed at the increase of economic activity of small business and the level of private initiative of citizens in Lviv region. In the framework of the Program such projects were developed as the Procedure of publishing information on the activity of Lviv Regional Council and subordinated enterprises, institutions and organizations in the Internet, Regulation on public reception at Lviv regional state administration, etc.

In summer 2007, the Committee together with Gfk Ukraine Company conducted an unprecedented for our region sociological research of values of Lviv citizens.

At present, the Committee comprises around 50 members – representatives of the most progressive companies of our region. 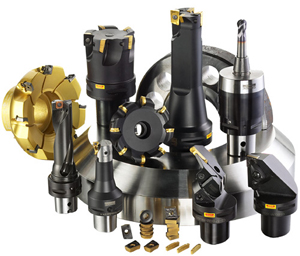